Jiu-jitsu and the moth

When the tree matches the moth's coloration, the moth performs as expected. Remove the tree or change its color, and suddenly the moth becomes exposed to the realities of life.

We can learn a lot from nature. It is honest, balanced, and does not care about your station in life.

Jiu-jitsu to me is the same. When you get on the mats, you cannot lie or buy your way in or out of anything.

Upon doing some wiki surfing one night, I came across the peppered moth. In the years preceding the Industrial Revolution, the lightly colored peppered moth flourished. During, the moths of that color began to die out and the dark ones began to flourish. Why? Because the environment changed. The trees and lichens that were once light, either died out or were covered with soot. Leaving the lightly colored moths exposed to predators.

In many jiu-jitsu schools, coaches teach on a technique by technique basis. They essentially create a group of students who not only mimic whatever the coach shows, but become dependent on the coach to always be there to answer their questions. Learning slows because posture must be discovered within a multitude of techniques and students must amass an Encyclopedias worth of counters and setups. Coaches who teach this way are destined to create:

1. Higher belts who have no understanding of why jiu-jitsu works
2. An environment where only the athletes flourish
3. Future coaches who teach the same way, creating a never-ending cycle

What a very unreliable "trait" to pass down.

There is a reason why at my school we focus on the fundamentals. What this means is posture, the order that these postures arise naturally, and the most important thing WHY they work. The difference is that since students know the why, they can learn to survive anywhere. This allows for faster development, and less spoon feeding from your coach.

There is nothing magical about jiu-jitsu as it is based on physics, geometry, and the human anatomy. Just like there is nothing magical about space travel, radios and televisions, or electricity. These things can be simply understood, just by figuring out how they work. Animals that mimic their environments, do not truly understand it. However, they have no choice. As humans, we can change the way we think about jiu-jitsu (life) by being more intelligent and deliberate in our practice (living). Don't be a mimic. Learn the why to ensure you survive in all environments. 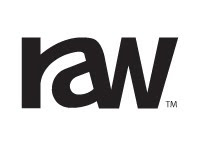